Hyper Heroes is one of the games developed by 90 KM limited with the latest adventure genre that presents unique and funny characters for sure. Plus, the appearance of this game is RPG, so players don’t get bored quickly playing it. The majority of people call the game play of this game is a tap, aim and throw which can be done using just one finger. Many people also say that this game is easy to play. So, how are you interested to find out more or even play it? 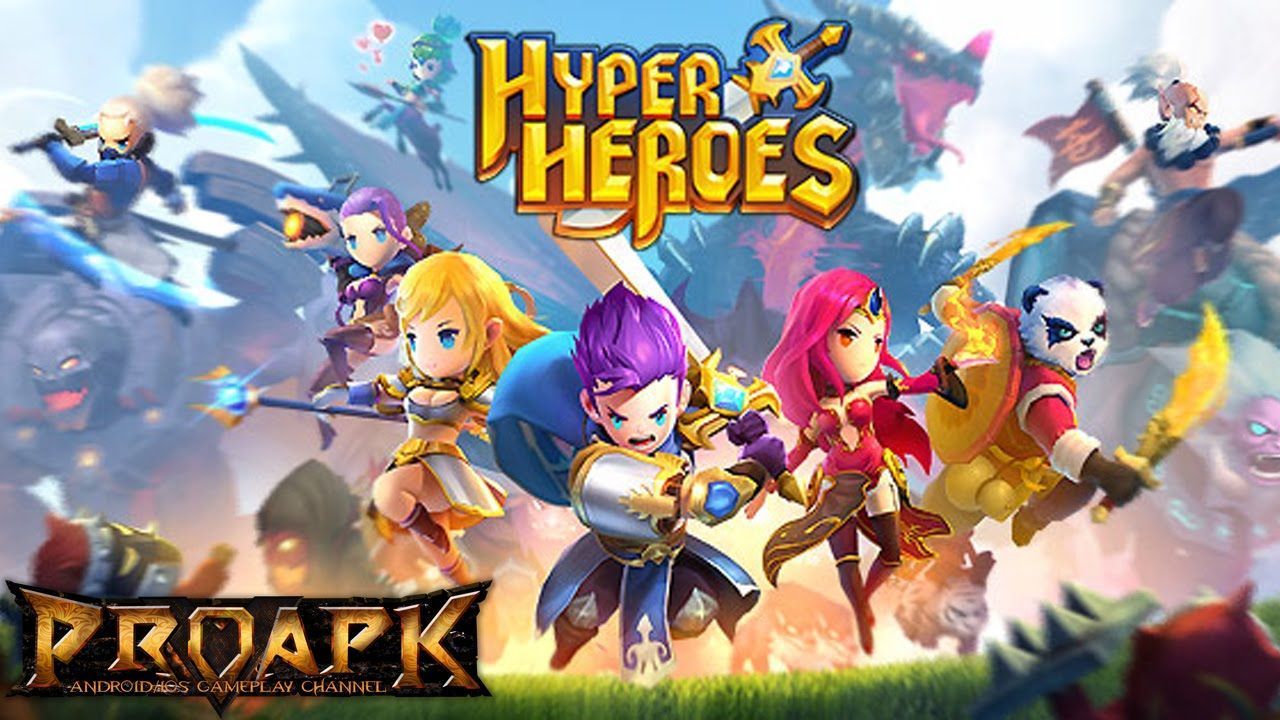 Furthermore, it is still about controlling and playing Hyper Heroes just by tapping, swinging and slinging on your hero character, this is done to destroy the monsters that come attacking. Besides this to eradicate monsters or blow up monsters, it can also be a way to defend your property and wealth. In this game there are several methods that can be done, including the Free to Play (F2P) and Pay to Pay (P2P) if you want to get a much better quality game, because you have to spend some money to buy diamonds and get away to play P2P this, because basically playing with F2P besides being free or not paid, it is also difficult to get S or even SS heroes.

in this case, you are required to develop the best possible strategy to plan steps according to the formation. In addition, you also have to plan to create combos to overcome enemy problems or defeat them.

enough with just one finger swipe, you can give a command, aim and even attack the enemy or your opponent.

Can be played sigle and multiplayer mode

With this system, the players certainly benefit greatly because they can play alone or even collaborate with some friends, this game can usually be played together with three people.

Regarding how to get this Hyper Heroes game you can download it in your smartphone play store, or even you can also install this game application on iOS and your PC for free. After successfully installed, then make sure your internet network connection or running smoothly so that you can continue playing this game.

From the few reviews above, it can be concluded that the hyper heroes game is the latest game that is widely played and sought after by the public. This is realized because of the way the game is easy, can be played for free even paid as well as singles or multiplayer. So, many benefits can be obtained from this game or game. In addition, the most dominant thing is because this game can be obtained free of charge and can be played via a smartphone where players can play anytime and anywhere without complicated. So what are you waiting for? Come on, download it right away and get this game and play your various tiger heroes!

Heroes of the Storm